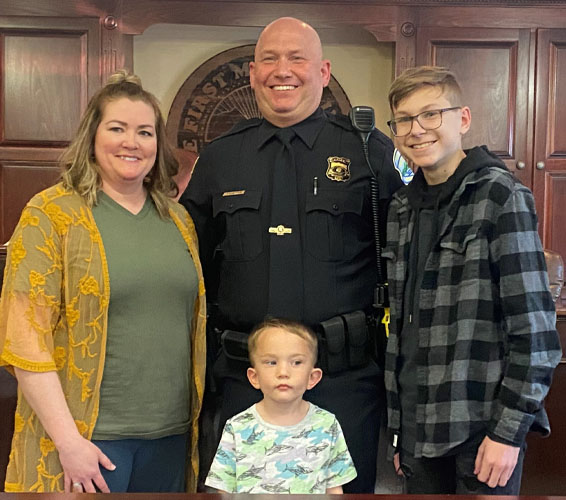 Mr. Dawkins is currently the City of Jasper's Interim Chief of Police. He has been with the City of Jasper's Police Department for the last 14 years. As Interim Chief, since October of 2021, he has accomplished many new policies and procedures and is working towards having Jasper Police Department in a Statewide Certification Status. While here he will perform the day-to­day operations, work and direct staff to continue development and implementation of the progression, vision and direction for the city which has been set, as well as focusing on the city's communication with its citizens and more in-depth training for our police officers.

There were several tremendously strong candidates for this position from within the region and out; however, I am confident that Mr. Mathew Dawkins is a great fit for the City of Jasper's Police Chief position. Mr. Dawkins is a native from our city and his father was even the Police Chief years ago. I have no doubt that Mr. Dawkins has the ability, knowledge, experience, and drive to take Jasper Police Department to the next level. All the while working with existing staff, Council (present and future) and this community in charting the course for what Jasper has to offer to the citizens and those moving to our enchanting community for years to come.

In conclusion, the City of Jasper will enter into a 14-day commencement period. Mr. Dawkins first day could be as early as the 15th of April, 2022.